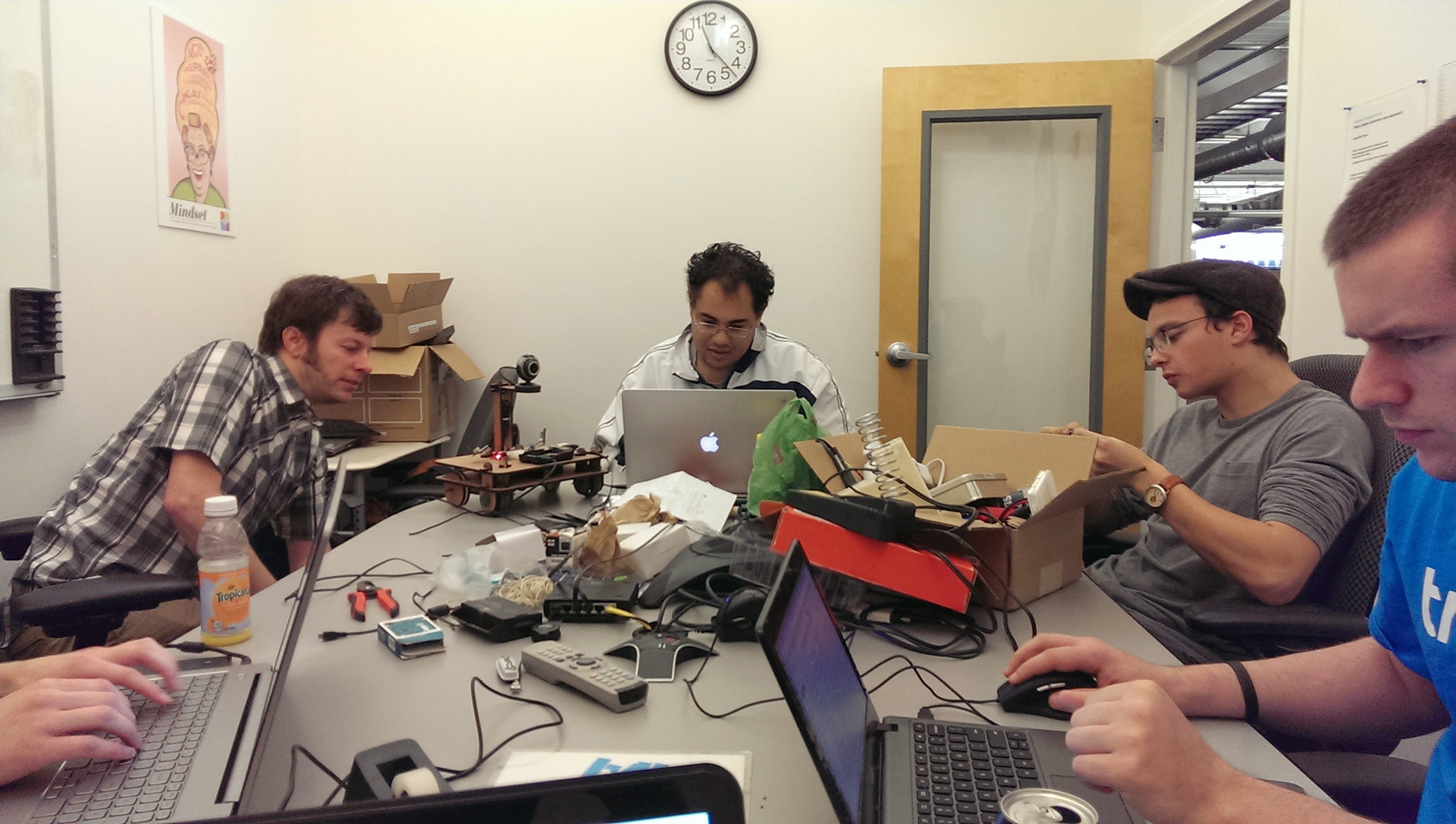 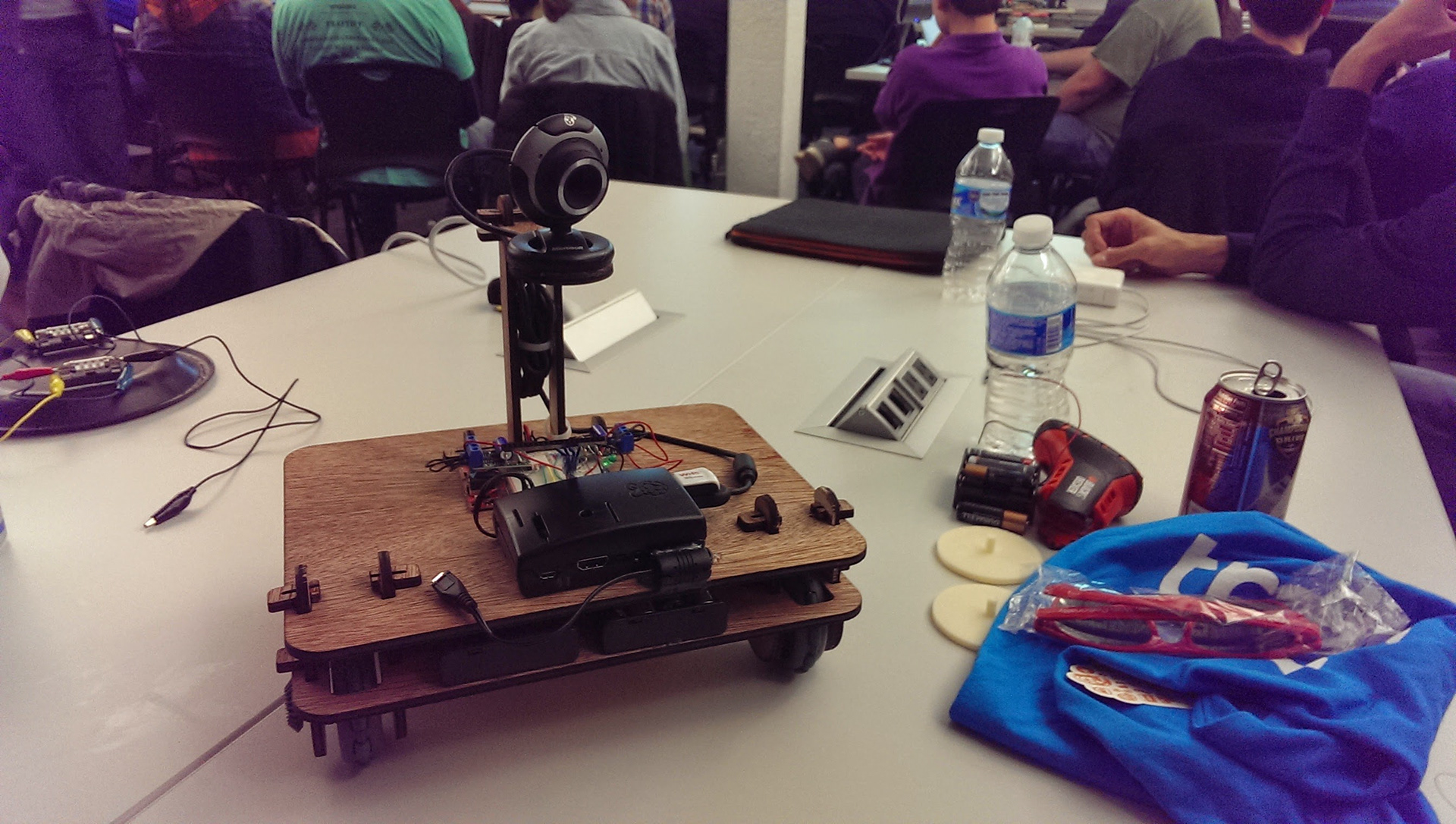 At the 2014 Baltimore Hackathon, our team built a self-navigating robot. The robot was powered by a Raspberry Pi. The chassis and wheels were custom-made using a CNC laser cutter. Two motors from power screwdrivers were re-purposed to drive the wheels. The robot used a cheap webcam and image recognition software (OpenCV) to locate two unique targets located at the center of the navigatable space. Using some triangulation techniques, the robot can calculate its position relative to the two targets, and update it's path around the area accordingly. This concept could be used in products such as a self-driving lawn mower. Unfortunately, we were unable to finish the project in the time we had. All of the components were nearly complete, but we ran out of time while trying to integrate and test them all together. Despite that, our efforts won us a prize from an event sponsor.